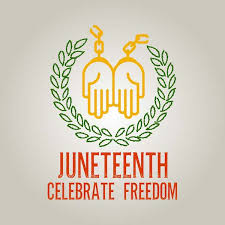 Emergency One joins the nation in recognizing Juneteenth, the United States’ oldest celebration of the end of slavery.

On January 1st, 1863, President Abraham Lincoln, grappling to lead a country at war with itself, issued his famous Emancipation Proclamation. This was an executive action that declared legal freedom to the enslaved Black Americans living in states openly rebelling against the Union. Following this announcement, the Proclamation was enforced within the Confederacy primarily through the advancement of Union troops. Two more years of wartime, a general’s surrender, and still there was slavery in Texas. It wasn’t until June 19th, 1865 that General George Granger and his troops arrived in Galveston, Texas to enforce the emancipation, signifying the end of slavery in the former Confederate States. Months later, the Thirteenth Amendment was ratified, finally granting freedom across the nation – including the Union, where, in parts, slavery had remained legal.

On June 19th 1866, Juneteenth was celebrated for the very first time in Texas. It has since spread across the country where it was finally recognized federally in 2021. As a holiday, Juneteenth represents and honors a long-awaited end to a long-endured suffering. It is observed to celebrate Black freedom and independence as well as achievements in art and culture. It is also a reminder that while our nation has not always had the rights and interests of all Americans in mind, it is never too late to grow and change for the better. Even today, we can always grow and change for the better.

For this year’s celebration, we would like to remember Dr. Rebecca Lee Crumpler, who was our nation’s first Black woman to earn a medical degree:

Dr. Lee Crumpler began her career as a nurse in Massachusetts. Since it was the mid-19th century, there were very few formal opportunities in the medical field for anyone who wasn’t a white man. However, due to the war, there was a higher demand for medical care, and Dr. Lee Crumpler was accepted to the New England Female Medical College after a recommendation from her supervising physician. She graduated as a Doctor of Medicine in 1864.

Dr. Lee Crumpler faced immense racism and sexism throughout her career, but, despite these adversities, was a compassionate and accomplished physician. She practiced initially in Boston and later in Virginia before returning to Boston; she cared primarily for women and children in poor, Black communities as well as freed slaves. Much of her work focused on women and children’s health along with preventative medicine, and she went on to publish A Book of Medical Discourses in 1883. Her home on Joy Street is now part of the Boston Women’s Heritage Trail.

Happy Juneteenth from us all here at Emergency One. We see the way that you listen to one another, and we see your willingness to learn from one another. Thank you for all that you do for your peers and for our patients.